Electric Cars Are Here to Stay, but Are They Safe? 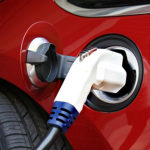 Although electric vehicle (EV) and hybrid technology has been around for longer than most people realize, electric cars are picking up speed in popularity among the masses. And it’s easy to see why: they are environmentally friendly, fun to drive, and they allow you to drive right past the gas station.

To give you an idea how long the technology has been around, the first successful electric automobile built in the U.S. was in 1891. About a century later, Toyota unveiled the Prius, the world’s first commercially mass-produced hybrid car.

Plug-in hybrids run on electricity first and then once depleted, convert to gasoline for power. True EVs run only on electricity and they are charged at home with 120 or 240 volts or at public charging stations.

Charming as they may sound, there are some safety concerns surrounding electric cars.

The main fire risk posed by electric and hybrid cars stems from the battery pack. In most cases, the packs are wrapped in an extra layer of protection. However, if the battery pack is exposed to severe external damage it could lead to an electrical short, which could start a fire.

The likelihood of EVs catching on fire from battery systems and the severity of fires and explosions “… are anticipated to be somewhat comparable to or perhaps slightly less than those for gasoline or diesel vehicular fuels,” it states in a 2017 NHTSA (National Highway Traffic Safety Administration) report on electric and plug-in hybrid vehicles.

There are unique first-responder safety issues as well when it comes to accidents involving EVs and hybrids. Firefighters must use different tactics for EV/hybrid fires than they do for regular vehicles since lithium-ion (L-Ion) batteries burn differently than regular car batteries and they (L-Ions) can reignite. For those reasons, an EV or hybrid vehicle must be stored and monitored differently after an accident.

In addition, the L-Ion battery must be completely disconnected before responders can use the Jaws of Life; however, most newly released models have an automatic shutdown feature in the case of crash. These are among the vital topics covered in first responder training.

Most cars that carry L-Ion batteries are marked by a special logo on the outside of the vehicle so that the cars – especially those that have the same body styles as their non-hybrid counterparts – are more easily identified by emergency personnel.

For more about electrical safety, go to SafeElectricity.org.